Since IT is considered a men's world and there is a prejudice that women are not generally interested in technology, and can not find their way in IT, there had been a great amount of efforts in IT world to prove these opinions are wrong and a lot of movement around the topic of women in technology. Most of the tech-related conferences nowadays have some sort of cheaper tickets for female developers, or financial aid, there are special groups that help female software developers to get advice and tutoring from more experienced developers, such as RailsGirls, then there are several big social network groups for women in tech that help women that work in IT connect and help each other, and the only goal is to empower women to work as IT consultants, to remove the stereotype and help IT community grow bigger and have more women around and give them the voice to show and tell young women that IT isn’t scary and is quite welcoming, gender disregarded.

One of those activities happens the last week of April in every major city, and it’s called Girls in ICT Day. The idea behind it is to open the doors of IT companies for women that are interested in working or studying in IT related field in order to get the idea what it is like to be a women in IT. The girls will get the opportunity to ask any question they have and get advice from experienced colleagues in order to realise that being women in IT isn’t any different than a women in any other role.

Not because of the pressure of pushing women to like IT, but because we want to help young women to build themselves up and follow their dream, INGSOFTWARE had decided to join this activity by opening our doors and answering all the questions the girls that are visiting us have, in order to help them on their career path.

Also,we decided to ask some of our female developers about their opinions on working and studying in IT and possibilities they have had on their path to success.

Q: What is your role in the company and what exactly do you do?

Q: How long are you working as an IT consultant?

M: I have been working in IT for 10 years.
T: I am working for 6 months now, but I have had internships before I had gotten my first job.

Q: Which university have you attended?

Q: When you were a college student, how popular was IT? Did you have many choices for college if you wanted to study IT, or was there only one choice?

M: I don’t remember quite well, but I think when I was finishing that private colleges and first IT companies started opening. But when I was getting into college, there was only one major on one university for IT because it was considered to be the area for computer freaks.
T: As one of 150 undergraduates on my college, I can surely say that there is a rise in popularity for both IT colleagues and experts. There are five colleagues with IT majors, and I don’t have a doubt that there are a lot more students in other schools, as well. About 2000 people start attending IT majors every year in Nis. The main advantage of our profession is that people who are still studying can start working and building their careers up.

Q: What were main challenges that you came across when you started working as an IT expert?

Q: When you first started working, what were your sources for learning? How did you find solutions to the problems you’ve came across?

M: Google was the main source of information even then. But I was also lucky that the first company I worked for had its own courses where we could get all the knowledge we needed for the job. I do think that the best and quickest way for learning is by resolving (and failing at it :)) real-life problems, but also learning from colleagues who have more experience. You should listen carefully, because even the casual conversations can give you a lot of new information.
T: I usually look for the solutions by consulting my team or look for them online. Also, I like to check out different tutorials or read a book online.

Q: Have you been working in predominantly female or male collectives?

M: My previous collective was mostly female.
T: My team consists of 6 members, where I’m the only female. When I came to INGSOFTWARE, there were only 5 women in company of 50+ people, but that number raised a lot, even though the collective is still mostly male.

Q: What are the challenges for a female programmer?

M: The same challenges that every women who works full time has. Maybe programming is less challenging, because after a few years you can afford to hire someone to help you around the house, to order food instead of cooking etc. Also, IT community is crowded with smart and open-minded people, so I would be surprised if I came across someone who believes that women belong in the kitchen.
T: I have to admit that I was kind of scared of entering this “man’s world” as a female. I was afraid that every guy will have the advantage over me because of gender. I realised that those were all prejudice and that the essential things are knowledge, resourcefulness and willingness to learn and progress. Challenges I come across every day are the same as my male colleagues have and the important thing is to get tasks done as soon as possible and efficiently.

Q: What are the advantages of being a female IT expert?

M: As I have mentioned before, the paychecks are better than most, they allow you to live a bit easier and there are no people who degrade you because of gender.
T: Professionally, there are none. The tasks I get are the same as my male colleagues. It is all about what you know and can do, gender is not important at all.

Q: Do you think there is a difference when you work in IT than working on any other job that is considered a female job?

M: There is a difference in between any two jobs. The main differences are how hard and paid the job is and what are the working hours and conditions, and when I sum it up, I believe that IT jobs are great for women.
T: I don’t think that there are typically male and female jobs. The only difference between being a women in IT and women in any other field is that we don’t do hard work, we don’t need to be standing all day and we don’t have to talk to clients all the time. Which are all advantages, if you ask me.

>Q: Do you have a feeling that women in IT industry are discriminated because they’re a minority?

M: Luckily, I never had a feeling that I’ve been discriminated in any way, but I also never had a chance to vie for some high position (like CEO, main architect etc.) There might be discrimination for those positions because no one wants to risk main architect going to a maternity leave in the middle of important project. In IT, just like any other industry, the main issue with hiring a women is because we’re giving birth and taking care of children.
T: I don’t think we’re discriminated, I even consider it an advantage to be a minority, because we have more opportunity to be noticed.

Q: What changed in IT from when you have started working and now? Is it easier now?

M: Yes. There are more companies and freelance jobs. It’s faster and easier to get the degree. Online IT community is much bigger.

To conclude - IT industry is good to women, working environment is great, community is huge and welcoming, no matter if you’re a front-end or a back-end developer, you will easily get help and advice and colleagues are open-minded people who don’t see you as an intruder because of gender.

Beyond Pulse is one of our startup clients, whom we have helped with application development from the very start. It is the ultimate soccer coaching diagnostic tool. 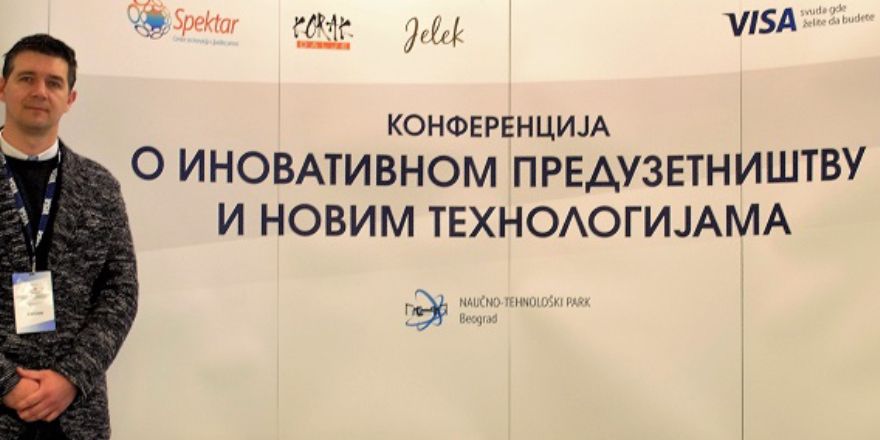 Ingsoftware was invited by the National Innovation Fund to present our project FamilyPay at the “Conference of innovative entrepreneurship and new technologies”.